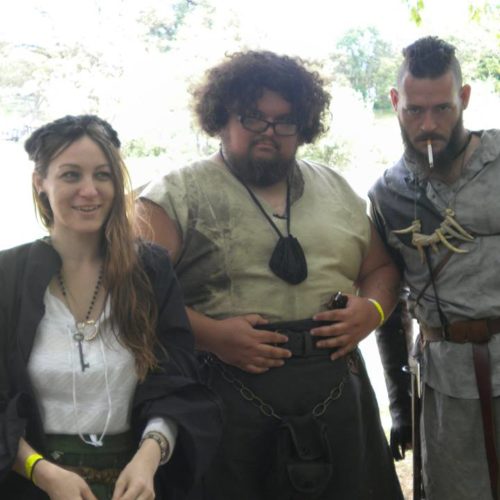 In the Lair of Yslsl there exists a carven sunburst of curious black stone. It was popularly believed that Yslsl had been a sun god, that this was his temple, and that here was his symbolic portrayal. It was a convenient explanation, although sceptics argued that the symbolic sunrays were too suggestive of tentacles, and that such vague legends as did survive hinted that Yslsl was anything but a sun god….
The long-dead cult of Yslsl is experiencing a resurgence, and cultists are on a pligrimage to the Tower of Yslsl to prepare the way of the reawakening with saturnalian rites, debauchery, and dark ritual….

The Lair of Yslsl is a guild formed to explore and portray pagan cults of the renaissance era-its members are not real cultists and we are approaching this with a sense of fun and frivolity, and hope all can share in the intended spirit.